For four decades the museum has formed the largest and the most valuable thematic collection of historical objects of Ukraine, numbering about 400 thousand museum items. This unique amount of historical sources consists of artifacts from the Second World War, as well as the pre-war and the post-war periods.

The museum fund collection contains valuable collections of items that reflect the events of the war in the fate of the Ukrainian people. Museum objects provide an opportunity to show clearly and consistently the causes and consequences of the planetary catastrophe, to recreate the war in its manifestations, the tragedy and victory of Ukraine and its people in these events, to depict military battles, reproduce the national liberation movement and the duration of state-building processes in Ukraine.

The Documentary fund for accounting of human military losses of Ukraine in the Second World War is at the stage of attribution, study and research. It was firstly created in the museum in 2007 and includes about 10 thousand museum files, more than 3 million personal documents for dead and missing in action soldiers.

The documentary-relic massif, concentrated in the museum fund collection, is a powerful segment of preserving the historical memory of the Second World War, the place and role of the Ukrainian people in it.

We appeal to all concerned with a proposal to join the gathering of artifacts of the war period for replenishment the museum fund collection with new items of historical heritage. 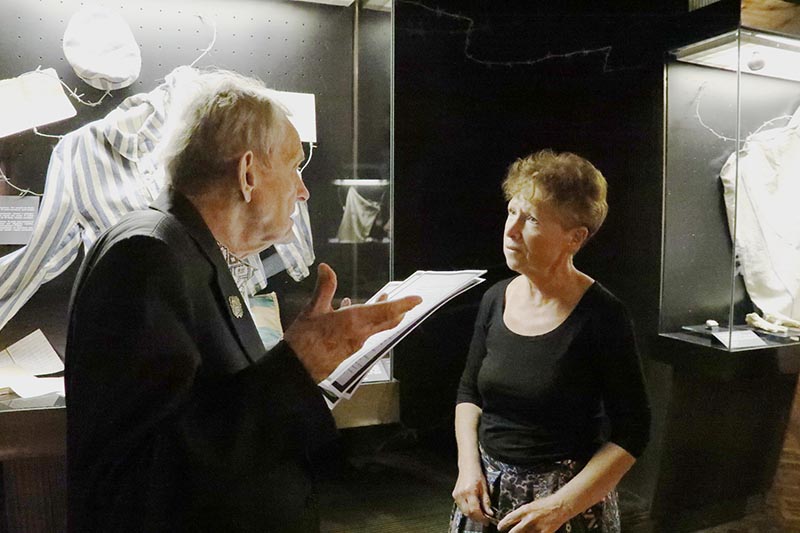 In the study of historical and social processes in their individual dimension, as well as the interaction of man and society, an important role is given to personal testimony. The stories where respondents are the direct participants or contemporaries of historical events relay personal experiences of survival in difficult living conditions.

Based on reading of the “text” of human memory, the oral history presents the past through an individual ideological prism. Oral historical sources are especially in demand in cases when there is almost no evidence of a certain phenomenon other than personal memories and impressions.

Currently, it is not easy to reflect on the complex milestones of the war era and comment on the events of the past. They can be tried to comprehend on the basis of private experience of those who at the present stage are still able to interview, and thus use not simplified schemes of coverage of the past, but to comprehend its full spectrum, saturated with a mosaic of considerations over (un) seen, (un) done, (un) said.

In order to objectively study, rethink and impartially reproduce the history of Ukraine in the Second World War, to develop a universal concept of historical memory, the Museum accumulates biographies of those who, having gone through the cataclysms of the twentieth century, found the strength and desire to share experiences.

2021 National Museum of the History of Ukraine in the Second World War. Memorial complex.
All rights reserved. Copying and usage of website materials, either text or image, is strictly prohibited without prior written permission.